WATERTOWN, NY — Members of the Metro-Jeff Drug Task Force were contacted at about 12:33 a.m. Thursday, Aug. 23, to assist the Watertown Police Department with a methamphetamine lab investigation at 328 Stone St. in the city of Watertown. A search warrant was subsequently obtained and executed at this location.

At the conclusion of the search warrant, ingredients and components commonly used to manufacture methamphetamine and more than two ounces of a liquid containing methamphetamine were seized, police said.

As a result, David J. Gray, 45, Melony S. Gray, 39, and Lou F. Ferguson, 54, were each charged with one count of second-degree criminal possession of a controlled substance, a felony, and one count of third-degree unlawful manufacture of methamphetamine, a felony.

All three suspects were arraigned before City Judge Eugene R. Renzi and were each sent to the Metro-Jefferson Public Safety Building to be held without bail.

The Metro-Jeff Drug Task Force was assisted by the Watertown police road patrol and ID unit, the City of Watertown Fire Department and NYSP CCSERT. 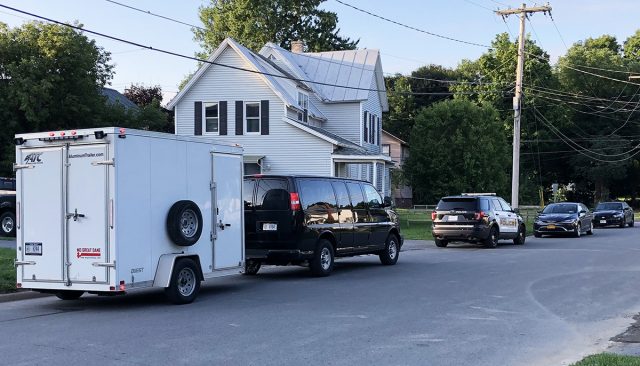