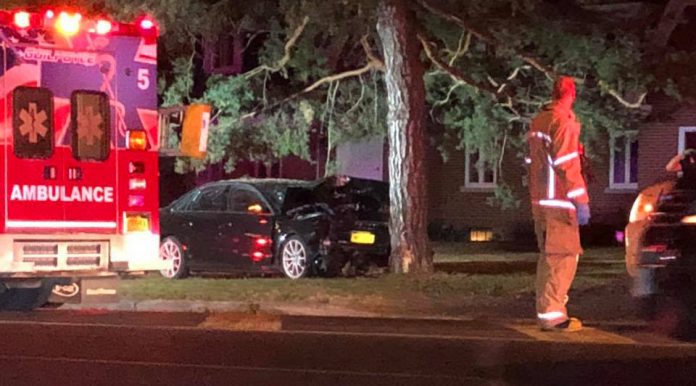 Preliminary investigation shows the vehicle was traveling west on State Street where it crossed the east bound lane of traffic and struck a tree, police said.

He was transported to Samaritan Medial Center where he was pronounced dead at 11:10 p.m., police said.

The accident is still under investigation.