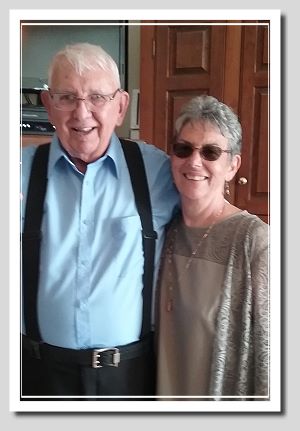 Robert E. Montford, son of the late Robert G. and Marjorie C. Montford, and Janet E. Schell, daughter of the late Irvin B. and Eunice E. Schell, were married on May 27, 1967 at Asbury Methodist Church in Watertown by Rev. W. Russell Clark. Mr. & Mrs. Montford celebrated their Golden Anniversary on Saturday, May 27 at their home with family and friends.

Through the years the couple has enjoyed a variety of activities. In 1971 they built their first home, a round house which was based on Bob’s Master’s thesis at NYU. They build the Bedford Creek Golf Course and Restaurant in 1974 and operated it until selling it in 1985. Other pastimes have been playing golf, traveling, attending concerts (especially those of Frank Sinatra and Anne Murray), wood working and art projects, building their present home after retirement, home landscaping, solving crossword puzzles, reading and following and attending games of their favorite baseball team, the New York Yankees. They both were able to meet and rub elbows with many Yankee legends while Janet participated in a ladies’ Fantasy Camp at Steinbrenner Field in Tampa, FL, in 2012.

Mr. & Mrs. Montford have lived in the Sackets Harbor area since 1970.