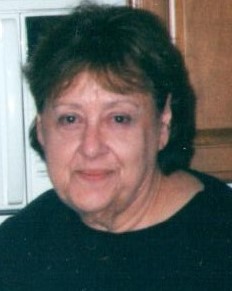 WATERTOWN, NY — Betty J. Hall, 83, formerly of Gotham Street, Watertown, passed away May 9, 2019, at the Samaritan Summit Village where she had been a resident.

Born Dec. 20, 1935, in Gouverneur, NY, daughter of John W. and Myrtle J. Worden Blackburn, she attended Gouverneur Elementary Schools and then moved to Watertown where she graduated from Watertown High School in 1953.

Betty was employed by the City of Watertown where she worked in the purchasing department. In later years she was employed with the Watertown City School District, retiring in 1999. She also volunteered  and worked at the Salvation Army Thrift Store in Watertown.

She enjoyed volunteering, traveling, cooking and antiquing. Betty was an expert baker and loved to collect cookbooks and recipes.  Her lemon meringue pies were renown as amazing.   She avidly followed the local sports teams including the New York Yankees and Syracuse basketball.

Calling hours will be held noon to 1:30 p.m. Saturday, June 15, at the Hart & Bruce Funeral Home, 117 N. Massey St., Watertown. The funeral service will follow at 1:30 p.m. at the funeral home. Burial will then be held in Union Cemetery in Adams Center.

In lieu of flowers donations in her memory may be made to Hospice, the American Cancer Society, and the Children’s Miracle Network.