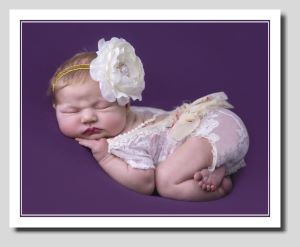 Eric and Jessica Larson of Mexico announce the birth of their daughter, Emerson Anne Larson.

She was welcomed home by her big sister Addyson, and big brother, Greyson, along with her fur siblings, Cooper and Finley.