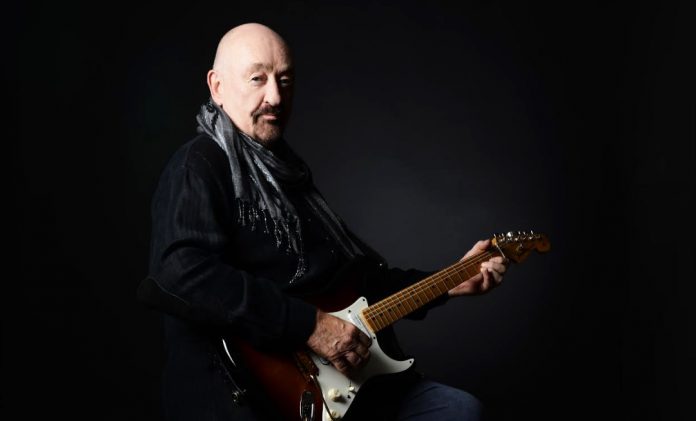 SYRACUSE, NY — Dave Mason and Steve Cropper, musicians who are part of some of the greatest songs of rock and soul music, will perform at 2 p.m. Thursday, August 23 at Chevy Court during the 2018 Great New York State Fair. Their performance comes on the first of two $3 Thursdays, which features $3 admission at the gate for all fairgoers.  Free concerts at Chevy Court, which drew more than a quarter million people in 2017, complement Central New York Rising, the region’s comprehensive strategy to grow the economy.

“I think people will be amazed when they look into the careers of Dave Mason and Steve Cropper. They’re part of so many bands, from Hendrix, Traffic, Fleetwood Mac, Delaney & Bonnie & Friends to Otis Redding, Wilson Pickett and the Blues Brothers, and have crafted impeccable music of their own.  Real fans of rock and soul music will want to circle this date on their calendars,” said Troy Waffner, Acting Fair Director.

The concert joins a diverse and star-studded 2018 lineup that includes:

The Chevy Court stage is the home of up to 26 national touring acts each year. A diverse 2017 lineup, including performers and groups such as Migos, Lynyrd Skynyrd, Earth Wind & Fire, The Beach Boys and Three Doors Down drew 264,600 fairgoers. Chevy Court won two Syracuse Area Music Awards in 2017 as People’s Choice for Favorite Venue for Live Music and Favorite Festival or Music Series. The Fair was nominated for Fair of the Year by the International Entertainment Buyers association, the trade organization for live entertainment industry professionals. Free concerts at Chevy Court are sponsored by Chevrolet.

About Dave Mason and Steve Cropper

Rock and Roll Hall of Famers, Dave Mason and Steve Cropper, join for the first time on one stage to deliver a night of timeless music and endless hits, performing material that defined a generation. Dave Mason, founding member of the band Traffic, highly successful solo artist, consummate guitarist, songwriter and producer, has performed and recorded with numerous members of the pantheon of pop and rock and roll music, including Jimi Hendrix, George Harrison, Paul McCartney, Stevie Wonder, Michael Jackson, Eric Clapton, Graham Nash, Fleetwood Mac, Steve Winwood and More. Steve Cropper, has been a member of Booker T and the MG’s, the Stax Records house band during the label’s most influential period, and backed artists such as Otis Redding, Carla Thomas, Wilson Picket, Sam & Dave and Rufus Thomas, and played with The Blues Brothers Band. Cropper was ranked #39 on Rolling Stone’s top 100 Guitarists of all time.

This collaboration and multi-media show will include some of each artists beloved and most memorable hits including, “All Along The Watchtower,” “Only You Know and I Know,” “Every Woman,” and “We Just Disagree,” plus the rock anthem “Feelin’ Alright,” (Sittin’ On) “The Dock of the Bay,” “Green Onions,” “In the Midnight Hour” and “Knock on Wood.”

Today’s announcement complements “Central NY Rising,” the region’s comprehensive blueprint to generate robust economic growth and community development. The State has already invested more than $4.7 billion in the region since 2012 to lay the groundwork for the plan – capitalizing on global market opportunities, strengthening entrepreneurship and creating an inclusive economy. Today, unemployment is down to the lowest levels since before the Great Recession; personal and corporate income taxes are down; and businesses are choosing places like Syracuse, Oswego and Auburn as a destination to grow and invest in.

Now, the region is accelerating Central NY Rising with a $500 million State investment through the Upstate Revitalization Initiative, announced by Governor Cuomo in December 2015. The State’s $500 million investment will incentivize private business to invest well over $2.5 billion – and the region’s plan, as submitted, projects up to 5,900 new jobs. More information is available here.

The New York State Fair, operated by the New York State Department of Agriculture and Markets, runs from August 22 to September 3, 2018. The Fair’s mission, reflected in its theme, “FIND YOUR GREAT,” is to showcase the best of New York agriculture while providing top-quality entertainment.