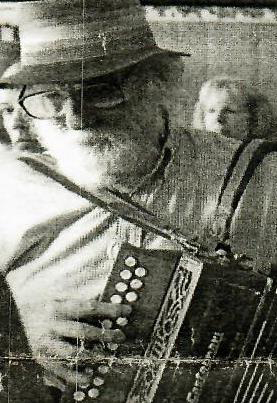 A funeral Mass will be said 10 a.m. Saturday, Oct. 20, 2018, at St. Peters Catholic Church with Rev. Jay Seymour, Pastor, officiating. Burial will follow in Martinsburg Cemetery.  There are no calling hours. Everyone is welcome to join the family for a luncheon at St. Peter’s Church Fellowship Hall immediately following the burial.

He was predeceased by two brothers, Daniel and William Collins.

David was born Oct. 7, 1938, in Spanish Harlem, NY, of immigrant parents, William and Bridie Donaghue Collins and attended St. Raymond’s Catholic School in the Bronx. He enlisted in the U.S. Marine Corps and served until his honorable discharge in November, 1961.

He worked for the New York State Thuruway Authority for 20 years as a bridge painter on the Tappan Zee Bridge, when he met his future wife.

On Nov. 19, 1966, he married Christina Noonan at Our Lady of Angel’s Catholic Church, Brooklyn, NY with Father Phillips, officiating. The couple farmed in Middletown, NY for eight years and then moved to the farm on the West Road in Lowville in 1987.  Together, with his wife, owned and operated the dairy farm until his retirement in 2002.

David was a communicant of St. Peter’s Catholic Church.

His passion was Irish Traditional Music, his family and farming.

The Collins family would like to thank the staff of the fourth floor at Lewis County Residential Healthcare Facility for their loving care and kindness shown to David during his stay at the nursing home.

Condolences may be made online at www.isenekerfuneralhome.com.