KINGSTON, NY — On March 13, 2019, at approximately 3:01 p.m., a marked State Police patrol car was assisting a disabled vehicle when it was struck by a tractor trailer on I-87 northbound in the city of Kingston.

Trooper Thomas P. Hanigan was inside his patrol car when a tractor trailer failed to yield the right of way to an emergency vehicle and struck the driver’s side of the Troop car.

The truck driver, Michael Audit, 54, of Napierville, Quebec, continued north and struck the driver’s side of the disabled vehicle, a 2003 Chevy Tahoe, while both occupants were attempting to change a tire. The tractor trailer then struck the guide rail and crossed over the northbound lanes, coming to rest on the westbound shoulder. 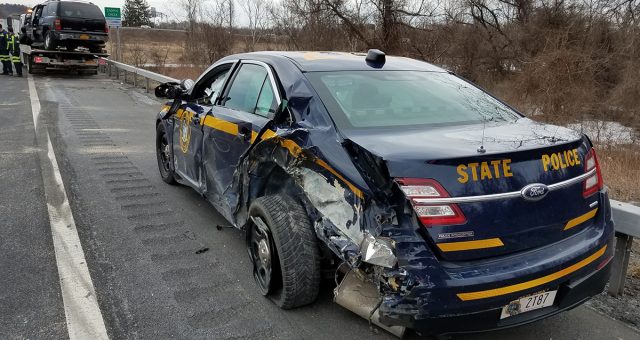 Both Herrera and Trooper Hanigan, a 19-year veteran assigned to SP Kingston, were transported to Kingston Hospital for non-life threatening injuries, treated and released.

Audit was uninjured and was ticketed for Moving from Lane Unsafely and violating the Move Over Law. 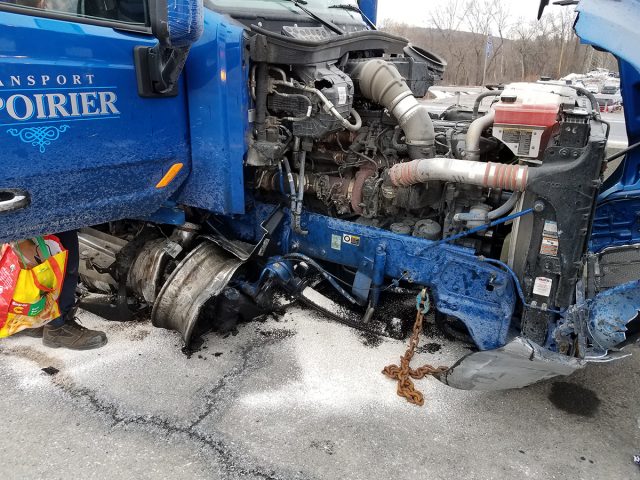 The New York State Department of Environmental Conservation also responded to the scene for spill response, due to fuel leaking into the Esopus Creek. 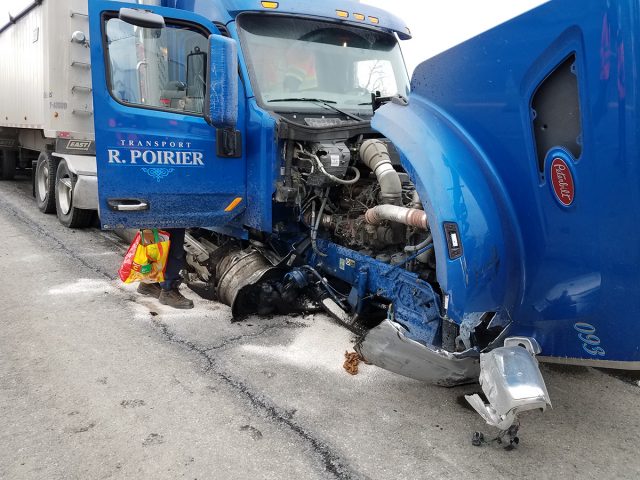