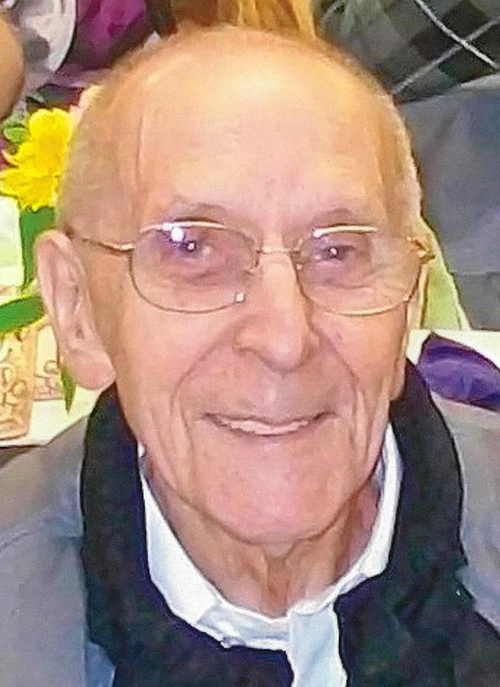 The funeral will be 1 p.m. Wednesday, June 2, 2021, at Iseneker Funeral Home, Inc., Lowville with Rev. Mr. Ronald J. Pominville officiating. Burial will be in Beaches Bridge Cemetery. Calling hours will be from 11:00 a.m-1:00 p.m. prior to the funeral service, at the funeral home.

Edward was born on October 25, 1927, in Deferiet, NY, the 12th child of the late Edward and Clara Arquette Mushtare.  Edward attended school in Deferiet and worked some time there at the St. Regis Paper Mill.

On August 26, 1950, he married Genevieve LaFlair at Cavalry Tabernacle, Carthage, NY, and the couple soon moved to Lowville area where they would raise their family.

He worked for Kraft Cold Storage and on Construction jobs before becoming employed with AMF, retiring in 1993 after 30 years to dedicate himself to operating Lewis County Taxi Service, which he owned and operated for 20 years.

He was an avid Yankees fan, seldom missing a game.  Ed always enjoyed a good joke and nothing gave him more enjoyment than getting a joke over on his family or friends.  One of his favorite hobbies was karaoke, which he won a singing competition at the Lewis County Fair in 2014, at the age of 86, and represented Lewis County at the New York State Fair.

He was predeceased by his beloved wife of 61 years, Genevieve “Jenny” Mushtare; a grandson, Randy B. Hellinger Jr.; and a son-in-law, Jamie Foote.

Condolences may be made online at www.isenekerfuneralhome.com.