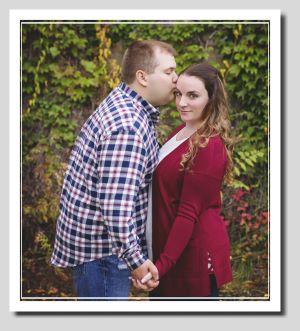 Together with their family, Jordan Jones and Sabrina Kane announce their engagement.

Sabrina graduated from Watertown High School in 2005. She graduated from SUNY Potsdam in 2008 with a Bachelor’s of Science in Psychology. Sabrina then obtained an Associate’s of Applied Science in Nursing in 2017 from Jefferson Community College. She currently works as a Registered Nurse for Samaritan Medical Center.

Jordan graduated from Thousand Islands High School in 2005. He then graduated from Clarkson University with a Bachelor’s of Science in Financial Information and Analysis in 2009. Jordan received his Master’s in Accounting from SUNY Polytechnic in 2015. Jordan currently works at Hospice as the Director of Finance. He is currently studying for the CPA exam and sits on several non-profit boards in the community.

Jordan and Sabrina currently reside in their home in Black River with their two cats Harper and Takoda. They were engaged February 2017 at the 1000 Islands Harbor Hotel, where they will also be married in August 2018.