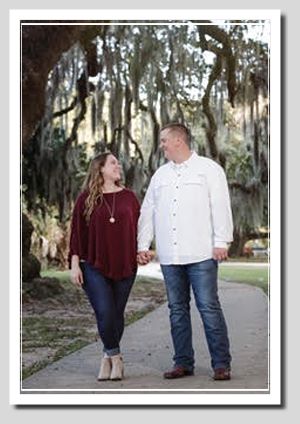 Together with their family, Kourtney A. Brennan and William D. Shimp announce their engagement. The couple was engaged in New Orleans, LA on September 24, 2016.

Kourtney is the daughter of Kat and Steve Martin, Philadelphia, and Ken and Irina Brennan of Pine Grove, PA. Kourtney is a 2013 graduate of Indian River HS. She attended the University of Southern Mississippi and received her B.A. Degree in Paralegal Studies in 2016. She is currently employed as a paralegal for USAssets, LLC in Jackson, Mississippi.

David is the son of Brandy and David Shimp, Ft. Lewis, Washington. David is also a 2013 graduate of Indian River HS. EHe attended the University of Southern Mississippi and received his B.S. Degree in Construction Engineering Technology in 2017. He is currently employed as a project manager with FL Crane & Sons in Florence, Mississippi.

Kourtney and David currently reside in Pearl, Mississippi with their cat, Callie Anna.

An August 4, 2018 wedding & reception is planned at the Bridal Barn in Hattiesburg, MS.