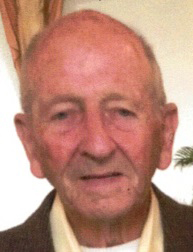 Jack entered the US Army on Jan. 21, 1955, and was honorably discharged on Jan. 20, 1958. Upon his discharge he returned briefly to Kansas and in 1958 returned to Watertown until 1962. He moved back to Kansas in May of 1962 and worked on a local farm and for Star Craft Co, a boat manufacturing company.

In 1967 he moved to Black River and worked at Hall’s Ski Lift in the shipping and receiving department, up until they closed in 1983. He then went to work for the Carthage Central School District as a sub for two years and in 1986 became employed full time at the Carthage High School as a maintenance man.  In 1997 he moved to the Carthage Elementary School where he became Senior Custodian, retiring in August 2005.

He married Susan C. Beyor of Black River on March 20, 1974, in Felts Mills and the marriage was later blessed at the St. Paul’s Catholic Church in 1984. She cared for children in their home for 49 years and the couple fostered 45 babies. Sue passed away Dec. 7, 2015.

Besides his parents, he was predeceased by a sister and two brothers-in-law, Leotis and Clyde Freemon and Dean DeMott and two brothers and a sister-in-law, Edwin and Judy O’Brien and Patrick O’Brien.

He was an avid hunter, fisherman. He enjoyed gardening. He loved his birds.

As a resident of west street for over 50 years he was loved by his neighbors, for whom he blew snow, mowed lawns , fixed whatever was broken and built whatever was needed.

Papa is known by all for his positive attitude, his love of conversation, and willingness to help anyone in need. He was a master mechanic, a master builder, problem solver and tinkerer extraordinary, a literal Jack of all trades.

The family extends a heartfelt appreciation to his west street neighbors who supported him and the entire family during his illness, and to the Hospice nurses who provided loving care and support.

Arrangements are with the Bruce Funeral Home.

In lieu of flowers, the family would appreciate donations may be made in Jack’s memory to Hospice of Jefferson County, Black River Fire Department or Black River Ambulance Squad.

Online condolences may be made at www.brucefh.com

Anyone attending the funeral Mass and burial please wear a mask.