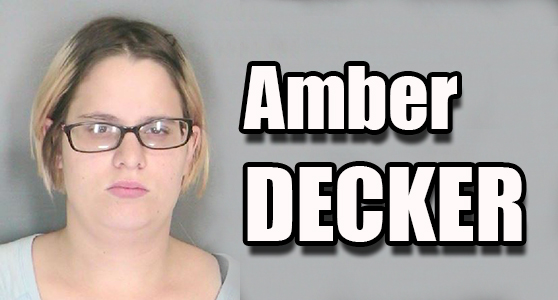 She was charged with Predatory Sexual Assault Against a Child, a class A-II Felony punishable by up to 25 years in prison.

On Sept. 2, detectives were contacted by an uninvolved party who suspected criminal activity by this woman – involving a young child.

Mrs. Decker was interviewed several times, providing a detailed account of her actions along with some electronic evidence, detectives said.

Warrants were secured to collect that evidence which is substantial, detectives said.

Mrs. Decker was arraigned early this morning by Justice Derouin at Hounsfield Town Court where she was remanded to our custody. She is currently being held at the Metro-Jefferson Public Safety Building without bail.

The FBI is involved as there is a possible second suspect in another state.

The investigation is ongoing with the potential for Federal Charges in the future.