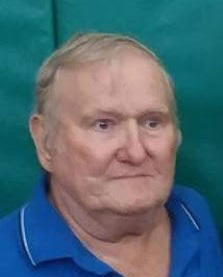 COPENHAGEN, NY — Lynn D. Babcock, 66, of 31701 Boni Road, Copenhagen, passed away March 20, 2019, at his home where he as under the care of Hospice of Jefferson County and surrounded by his loving family.

The funeral service will follow the calling hours at 2 p.m. Friday at the funeral home. Burial will be in Black River Cemetery.

Born Jan. 16, 1953, in Watertown, NY, a son of Maurice and Shirley Morrow Babcock, he graduated in 1973 from Carthage Central High School.

He started out his career as a machinist at New York Air Brake for 23 years, he then became a security guard at the DeFeriet Paper Mill and Lewis County Dairy, he helped setup Hackets Dept. Store in Watertown where he continued to work until going to work at Wal-Mart as a stocker, retiring in 2017.

He married Victoria Nicholas on April 5, 1975, at the First Baptist Church Black River. The couple resided in Back River until they built their home in Copenhagen in 1991.

Lynn was an avid outdoors man, he loved hunting, fishing, camping, was a NASCAR fan and in his early days raced cars at Can Am, he was a member of the North American Hunting Club and former member of the Machinist Union.

Donations may be made to Hospice of Jefferson County, 1398 Gotham St., Watertown, NY 13601

Online condolences may be made at www.brucefh.com