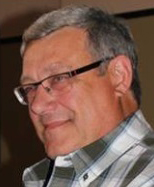 How does one begin to capture a life so full?

Mark’s adventure began on Aug. 2, 1957, where he grew up in Watertown, NY. As a child, Mark was always outdoors fishing, hiking, snowmobiling getting into mischief. Mark’s high school extracurricular activities included football, baseball, wrestling and lacrosse.

In high school, Mark met Kelly, the love of his life, and were married in 1978. The two were married for 40 years.

Mark worked at Great Lakes Cheese and then in the construction field. He presently worked as a Maintenance Technician at Huntington Heights with the Millennium Group, where he could put his creativity and hands on experience to work. He thoroughly enjoyed his job and mentoring individuals new to the field.

He was a generous soul that would donate his time and love of the outdoors with anyone that was willing to learn. He loved hosting fishing and hunting excursions that were open to anyone and everyone. He also sought to share his wisdom with others and teach them everything he knew. He always challenged and pushed others to succeed and often was honest to a fault.

Mark’s love of the outdoors was surpassed only by his love for his family. He involved every member of his family in his adventures, from hunting and fishing with his sons to camping and kayaking with his wife and grandkids. Known to his family as “Pepa” Mark was a devoted husband, caring father/grandfather, loving son, supportive brother, beloved Uncle and the man you could count on when you needed something accomplished. Mark was always willing to put his extensive knowledge of the construction field  to work when anyone needed assistance.

Mark was preceded in death by his father David Hall.

He will truly be missed.