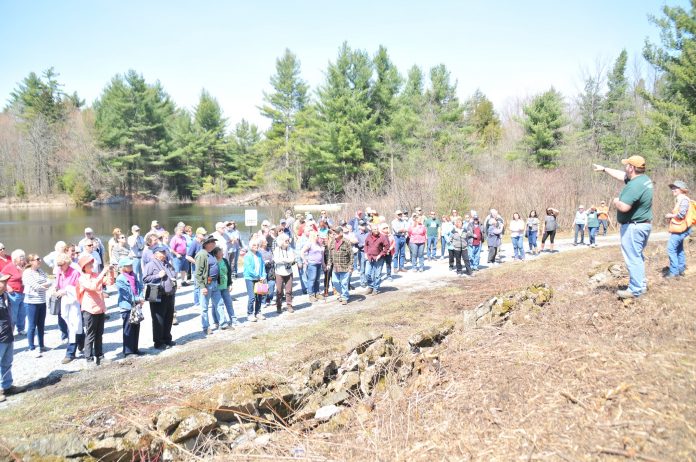 FORT DRUM, N.Y. (May 4, 2018) — As much as north country residents love their local history, members of the Fort Drum Cultural Resources Branch are equally passionate about sharing their knowledge with community members.

Those exchanges were abundant when more than 100 visitors participated in the Fort Drum Industrial History Tour on May 2. The free tour explored some of the training areas on post that once served as major industrial sites, to include Slocum’s Mills, where water-powered industries such as a powder mill, grist mill and saw mill existed.

Historically, land on Fort Drum was used to grow grist – wheat, corn, barley, buckwheat and other grains – for the mill. Local farmers transported their grain to nearby grist mills, which communities were dependent on since bread was a staple part of their diet.

Heather Wagner, Cultural Resources outreach and education coordinator, said that Samuel Slocum was a prominent settler, and his son Caleb was a Civil War veteran who oversaw several business.

“They are probably best known for their saw mill in the town and for their clothing mill, which was kind of world-renowned at the time,” Wagner said. “Caleb was part of the 35th New York Infantry, also known by a lot of folks as the Jefferson County Regiment.”

She also noted that the soil in that area was ideal for potato farming, and nearby, was the residence of Ernest Bowman, known as the “Potato King of the North Country.”

“We have a lot of newspaper articles, photographs and oral histories about him,” Wagner said. “He won all kinds of awards across the state for his potatoes.” 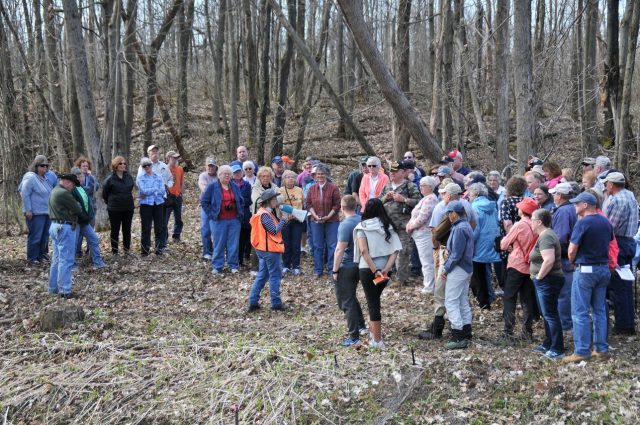 Local industries thrived and communities expanded because of the quantity and quality of the area’s forests and water sources. Members of the Fort Drum Natural Resources Branch were available to address questions about how they continue to preserve the richness of the environment.

“When we began to think about this tour, we realized that all of the industries we planned to discuss were based on natural resources and that some of those industries continue,” said Dr. Laurie Rush, Cultural Resources manager. “So it was great to have those experts along.”

“I love to talk about this area prior to any human occupation,” said Jason Wagner, Natural Resources chief. “I’m a forester by training, and it’s important to know where you started from on the landscape, and it really starts with soils.”

Wagner said that Fort Drum has more oak-pine forestry than anywhere else in the North Country because it grows on a moisture-loving sand deposit.

“It’s also good for the Army, because it provides a different type of habitat for Soldiers to train in,” Wagner said. “They love to be able to bivouac in the ‘oak savannah’ as we call it, where it’s short grass and big, wide open spaced oak trees.” 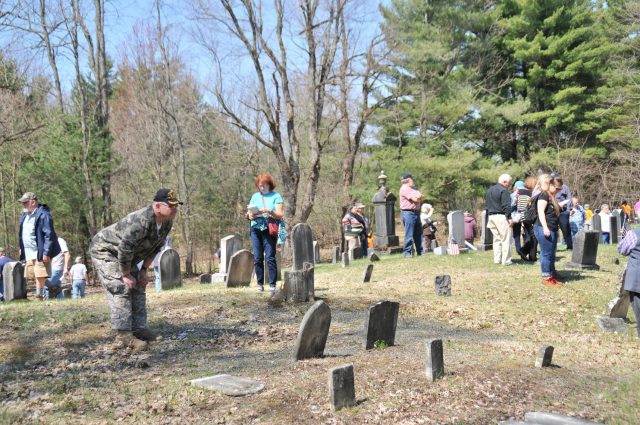 As the bus rolled along, Wagner spoke about the post’s wetlands and grasslands, and the types of species that inhabit them. One training area, called a Maneuver Corridor, requires a Natural Resources team to grow trees a certain way.

“Our integrated training area maintenance team keeps the brush down so that Soldiers can have unrestricted movement in the forest and can do all kinds of dismounted training,” he said. “The spacing of the trees is actually based on the turning radius of a Humvee, so if we did our harvesting correctly, you can drive your Humvee through these woods and never hit a tree.”

Wagner pointed out that the tank trails on the tour route are still the original roads used by early settlers, but they have been upgraded to allow heavy military vehicles to travel on them.

“We’re really proud of what we do here as stewards,” Wagner said. “We want to make sure we take care of the land so that Soldiers can not only train here today, but 20, 30, and 50 years from now.” 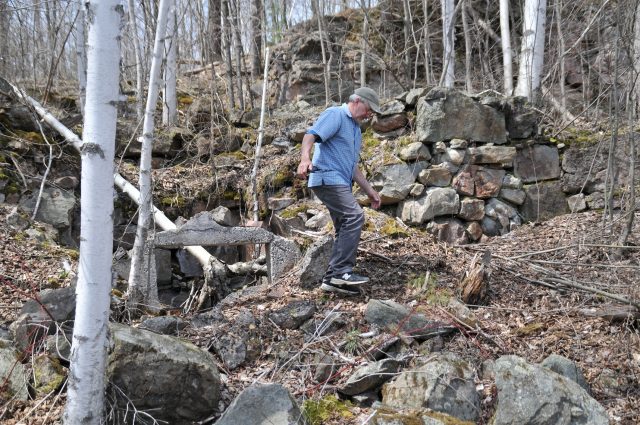 At Quarry Pond, visitors learned about the once-thriving limestone quarry and got a closer look at the remnants of an iron kiln and railroad berm. There isn’t much else left, Rush noted, since all of the equipment and buildings were flooded over in 1931 when the quarry suddenly filled with spring water. Today, the pond is stocked with trout and is open for fishing.

Attendees were given information about the post’s Fish and Wildlife Management Program, and learned about the various recreational opportunities they might not have known were available to the public. In addition to hunting and fishing, Wagner said that visitors will occasionally scout the forests for berries and mushrooms.

The Cultural Resources Branch has supported tours for the past 15 years, but the staff only recently began a program that has accommodated larger groups on post for more detailed excursions. It began last September with a tour that included stops at the 10th Mountain Division and Fort Drum Museum, LeRay Mansion and Memorial Park. From there, the “Lost Villages” tour and “Holiday History” tour brought in hundreds more – some who grew up on the very land where Soldiers now train, and many with relatives who had lived here.

Rush said that the tours have been well-received by the community and registration is often filled within days.

Allen Brady read about the Industrial History Tour in the newspaper, and he and his wife were among the first to register. The Carthage, New York, residents both were already well-versed in the history of the area, but they didn’t want to pass up a chance to reconnect with that history.

“We love history, and we know a lot of people who came from around here and would tell us all about these areas,” Brady said. “I heard Dr. Rush speak maybe 15 years ago, and I was very impressed listening to her. I figured she was involved with this, and what a fabulous way – being a North Country native – to re-familiarize yourself with the old communities and infrastructure.”

He said that before 9/11, when the post did not have restricted access, he was able to see some of the historic sites with friends.

“So, a lot of this I have seen before, but I didn’t understand the historic significance,” Brady said. “I knew a lot of these locations and knew the roads, but it was interesting to learn what the Army is doing with them. It is a really excellent tour.”

Maj. Gen. Walter E. Piatt, 10th Mountain Division (LI) and Fort Drum commander, has made it his priority in the past to join community members on these tours but was unable to make this one as he currently is deployed with his Headquarters and Headquarters Battalion Soldiers under the Combined Joint Task Force – Operation Inherent Resolve.

“Fort Drum is a historic, archeological and nature preserve that just happens to be a military training area,” Piatt said. “Understanding, preserving and sharing our past is fundamental to sustaining readiness and building relevance for the future.”