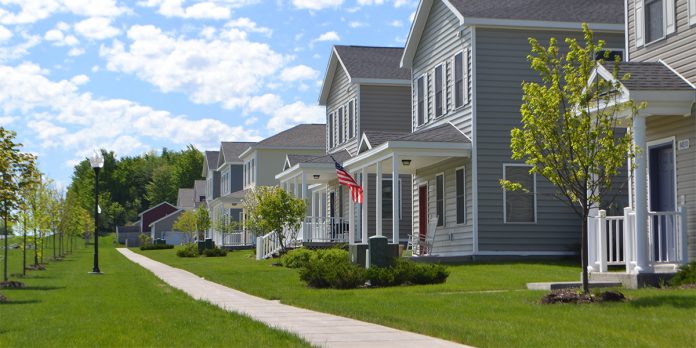 FORT DRUM, NY – The U.S. Army has released the results of a survey conducted earlier this year which ranks Fort Drum as one of the best places to live in on-post housing.

The survey results come amid a months-long effort by the Army to improve housing conditions across the agency after learning of residents’ concerns.  Soldiers and Families choosing to live in installation housing have a right to quality, safe, clean and healthy homes.

The survey was administered online by CEL & Associates Inc., an independent, third-party organization that also conducts housing surveys for the other military services and for the private sector.  Fort Drum participation in the survey was excellent – approximately 41% of the more than 3,400 residents surveyed responded in Family Housing and an approximately 38% response rate for the more than 200 surveys distributed in Unaccompanied Housing.

* Fort Drum Family Housing is ranked 8th in the Army and is one of 5 installations with a ranking of VERY GOOD overall.

* Fort Drum is the only home to an Army Division that ranked in the Outstanding or Very Good categories.

* Fort Drum Unaccompanied Housing (The Timbers) is ranked #1 in the Army.  Fort Drum’s Timbers has less than 2.6% Dissatisfaction Rate for any questions and 0% Dissatisfaction Rate for Services Overall.  Of the five Unaccompanied Housing complexes in the Army, The Timbers earned a Platinum Award for Excellence in Customer Service for a fourth year.

“We were pleased to receive the news from the recent Housing Resident Satisfaction Survey because of the high response rate from our awesome Families and Soldiers, and also the results of the survey itself,” said Major General Brian J. Mennes, Commanding General, Fort Drum & the 10th Mountain Division.

While Fort Drum’s overall score decreased from last year, it is one of only 14 installations that decreased by less than 5 points.  Leadership here embraces its enduring obligation to take care of the health and welfare of our all-volunteer force. This survey will help to shape future housing quality and services.

“We had a very high response rate which suggests our Families and Soldiers are concerned about their post and their housing and feel empowered to outline their concerns.  Although we will continue to improve and address each and every family concern, it is apparent we have a great partner in Mountain Community Homes and a hard working Garrison team that insures we have great accommodations,” said Major General Mennes.

The Army’s press release with a link to the survey summary can be viewed in its entirety here:  https://www.army.mil/article/225011/army_releases_results_of_2019_housing_surveys