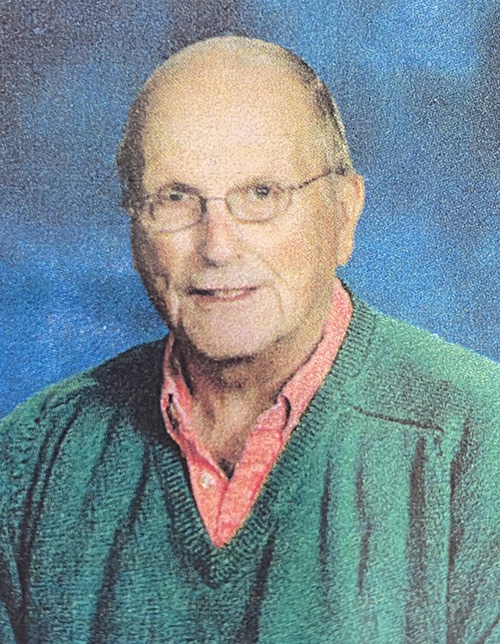 WATERTOWN, NY —  Nelson “Sonny” Howard passed away after a brief illness on March 20, 2022, at the Samaritan Medical Center.

He was born at the House of the Good Samaritan Hospital, the only child of Eugene and Irene Babcock Howard.

Nelson was a graduate of the Adams High School in 1955 and St. Lawrence University in 1960. He served in the US Army from 1960 to 1962 and was awarded the Sharpshooter Rifle Badge and the Sharpshooter M-14 badge.

While in high school he played basketball and was also a long jump champion in Liverpool at the age of 14 and sectional doubles champion in Rome. He and Dick Heald tied for first place in the 100-yard dash. He also enjoyed cross country skiing, riding bike and swimming.

All his life he enjoyed sports and the YMCA became his second home. He remembered his mother leaving him at the YMCA to play and as a youngster he would hitch-hike from Adams to go there. When he was in the area he would swim almost daily at the Y.

Following his discharge from the Army he taught 6th grade at Carthage Central School and the Syracuse area.

He spent many summers working in Henderson Harbor at the West View Lodge that his father owned at the time.

He was a member of the Watertown Elks Lodge.

Nelson’s marriage ended in a divorce.

The memorial service will be 2 p.m. Saturday, April 30, 2022, at the Adams Methodist Church with Pastor Kevin Kitto officiating. Burial will follow in Elmwood Cemetery. A calling hour will precede the service beginning at 1 p.m. at the church.

Arrangements are with Reed and Benoit Funeral Home.

Online condolences may be made at www.reedbenoit.com