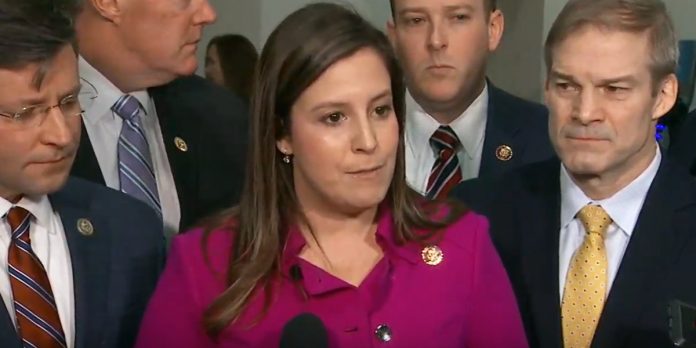 “I am proud to endorse my colleague and friend, Chris Jacobs for New York’s 24th Congressional District. Since taking office, Chris has been a strong fighter for conservative values and our Constitutional rights. He stood up for New Yorkers against the unconstitutional SAFE Act and held the line against vaccine mandates and lockdowns. He’s fought reckless spending, failed Far-Left Socialist policies, and to secure our southern border,” Stefanik said. “I have seen his efficacy and dedication firsthand through our work together. I know that he will fight on behalf of the people for the 24th District.”

“I am honored to have Elise’s endorsement, the highest-ranking elected Republican in New York State. Together, over the last two years we have taken on the Biden administration and Nancy Pelosi’s reckless spending and liberal priorities, and we will hold them accountable on behalf of the American people,” Jacobs said. “When we earn back the majority in 118th Congress, we will protect New Yorkers from this administration’s unconstitutional mandates, we will get control of reckless spending causing surging inflation, and we will work to ensure that Upstate New York and the North Country is prosperous and growing for generations to come.”

“Finally, Congresswoman Stefanik has been an unmatched advocate for Fort Drum, our service members, veterans, and the surrounding community. I am humbled at the opportunity to join Elise in representing Fort Drum, and I look forward to working with her to ensure this community and military families have strong and vocal representation in Congress for years to come,” Jacobs said.