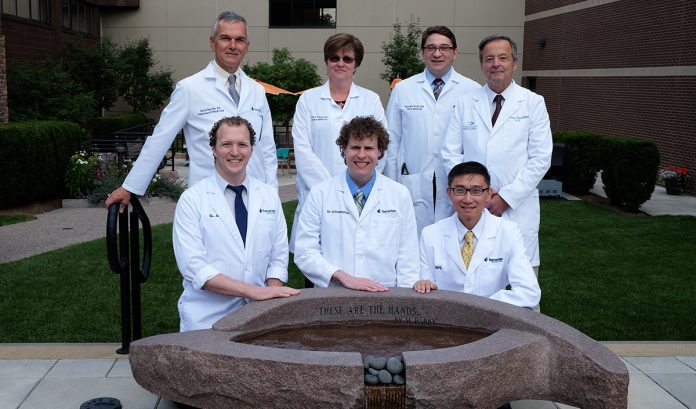 WATERTOWN, NY — Samaritan Medical Center’s Graduate Medical Education program will celebrate the graduation of three of its resident physicians at a ceremony this evening. One of the doctors completing his residency at SMC has elected to stay locally to practice.

“We are so proud of our program and of these three fine physicians,” states David P. Rechlin, DO, Medical Director of Samaritan’s Graduate Medical Education program. “They were a privilege to work with and have proven to be outstanding in their field. I have no doubt they will go on to become impactful physicians.”

The three residents include:

Samaritan Medical Center’s GME program has grown exponentially over the past two decades. Starting as a Rural Medical Training Program, this program grew to be credentialed by the American Osteopathic Association (AOA). Most recently the program received additional accreditation by the American College of Graduate Medical Education, which means that Samaritan’s will be a teaching hospital for both DO and MD residents.

“The SMC program stands out above the others in that we are offered significantly more one-on-one time with our attending physicians,” explains Dr. Morgan.  “In other training programs, there is often more of an emphasis on volume, work and throughput.  Here at SMC, there is more of an emphasis on teaching. This is an important part of our training – to learn from experienced physicians, and for them to make sure that they are up to date with the most advanced techniques and training. It keeps all of us sharp and ultimately translates into benefit for our patients.”

Dr. Brogan Schoeneman is another success story from the program. Though some graduates already have plans in place to pursue practice in other areas of the country, we often have residents who, upon graduation, choose to remain in the local community. Close to 20 physicians on its Medical Staff who have trained at Samaritan and chose to stay or return to the area to practice.

Dr. Schoeneman is one of those doctors. In September, he will begin practice at the Samaritan Family Health Center in Clayton.