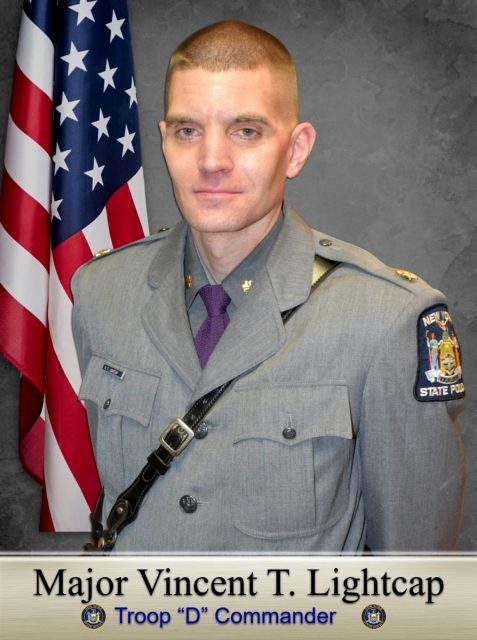 Major Lightcap began his career with the State Police on January 7, 2002, when he entered the New York State Police Academy.

In 2006, he was appointed to Investigator and was assigned to the Gaming Detail and then transferred to SP Amity in 2013 as a uniform Sergeant.

Major Lightcap grew up in Springville, NY, and is a 1997 graduate of Canisius College in Buffalo, NY.