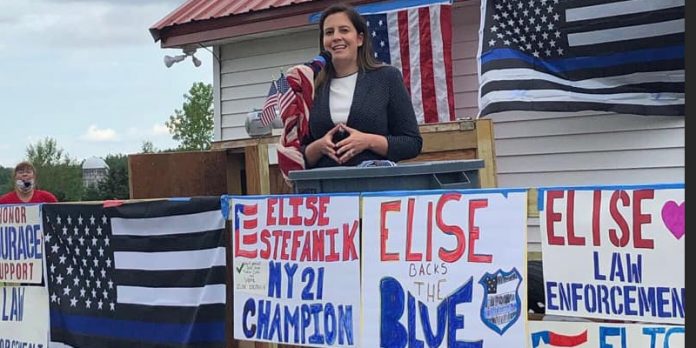 SARATOGA, NY —  Today, Elise for Congress launched the campaign’s post-August push, announcing members of the senior campaign team and announcing the milestone of reaching over 2 million voter contacts to date.

Morgan Wilson leads the team as Campaign Manager, he previously served as Field Organizer in the 2014 campaign. Spencer Silverman joins the team as Deputy Campaign Manager, he previously worked at the Republican National Committee. Katie Heintz has joined as Political Director, she previously worked as Field Organizer in 2018, and interned for the campaign in 2016. The campaign team is supported by four Field Directors based across the district who oversee all grassroots operations.

“I’m excited to announce our senior political team and the incredible milestone of reaching over two million voter contacts to date as we reach the end of August and head into the critical post-Labor Day stretch,” said Congresswoman Stefanik. “Our team has been hard at work since last year ensuring that our campaign is never out-worked or out-performed. We have been working with thousands of volunteers and grassroots supporters across the district to earn every single vote on Election Day. I’m proud of all of the grassroots support for our campaign, and I’m proud of my record as an independent leader for all of my constituents in the north country.”