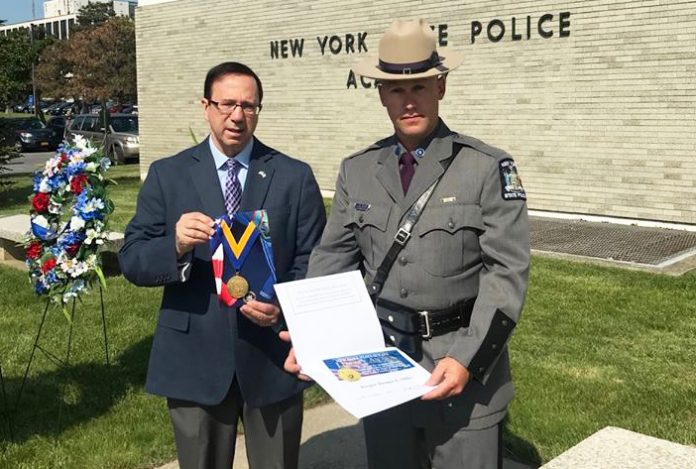 “Today, I presented Trooper Thomas Miller of Copenhagen with a New York State Senate Liberty Medal in recognition of his efforts to rescue children and others from a burning home in Carthage. His courageous actions, along with the firefighters and emergency personnel on the scene, likely resulted in lives being saved. It was an honor to recognize Trooper Miller with a Liberty Medal. He also received a Superintendent’s Commendation Award from the state police.”