Colonel Bice is going on his 22nd year with the New York State Police and his 26th year with the New York National Guard. He is currently a commander with the 10th Mountain Division MCPOD. To obtain the rank of colonel you have to be apart of the Top 1% of the United States military. Thank you for your service to our community and country, both at home and overseas.

Pictured with photo Col. Bice is his son Dylan (20) and his daughter Kassidy (18). 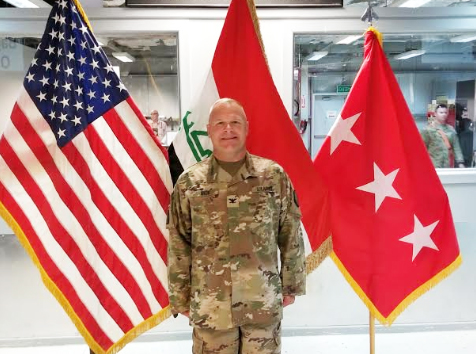